South Sudanese Youth Use the Healing Power of Art to Build Peace and Connection Posted April 24, 2017 by Diaspora Action Australia 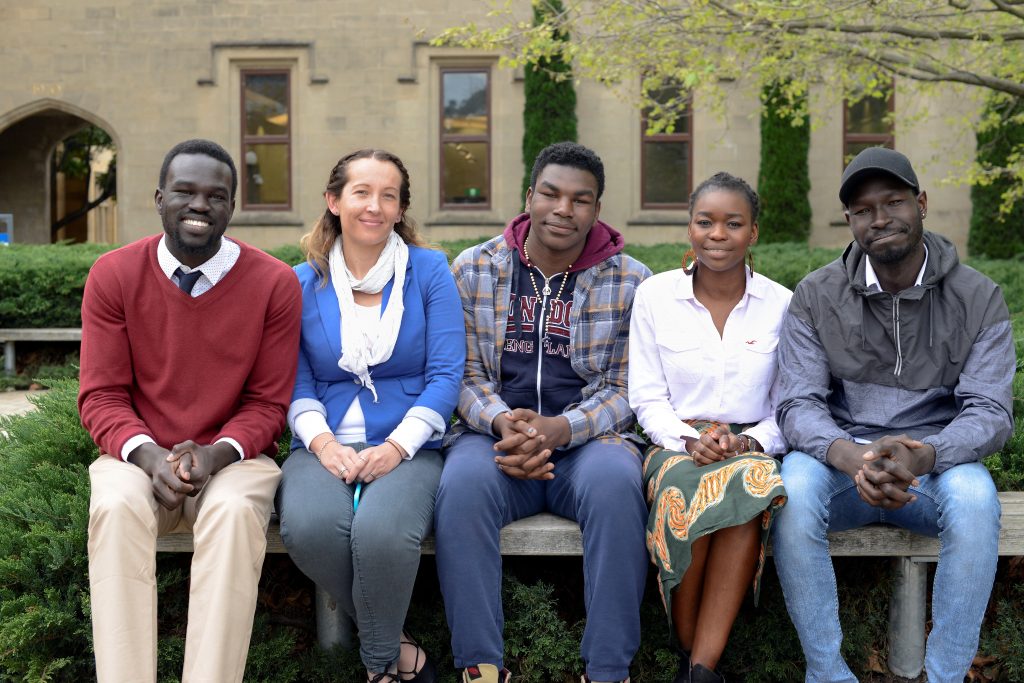 “Art allows us to heal”

How South Sudanese diaspora youth use their creativity to build peace and connection.

When spoken word poet Abe Nouk speaks, people listen, intently. His story, voice and presence are both gentle and powerful.

Abe told his story — the journey of a young South Sudanese man who could not read, write or speak English to a spoken word poet in Melbourne — at a workshop hosted by South Sudanese youth and their counterparts on the first day of the Diasporas in Action conference.

“In 1999, my mum made a drastic decision: to bundle eight children and suitcases into a van and make the impossible decision to run.”

And so they did, from South Sudan to Egypt — a mother and eight kids seeking safety. Abe’s father had already died. “Some things you can’t seem to take with you, no matter how many suitcases you have,” he said.

The workshop was led by young South Sudanese people, sharing their experiences of collaborating through film, music and the arts to build peace, both in South Sudan, but also Australia.

Abe says art is the key. “It allows us to solve conflict; it generates interest. As well as that, it also heals,” he said. “Use your voice. That alone can bring change.”

Emerging film-maker Ezeldin Deng spoke of his work producing Be a Brother, a series of four short films made in partnership with the cohealth Arts Generator.

Ez wanted to reduce drinking in his community, and he proposed that film — rather than a dry report — could effectively reach community members.

The films were deeply embedded in South Sudanese culture. It was an opportunity to create material for young people, by young people, Ez said.

Veronica arrived in Australia in 2003, and had never been to school. Now, she is due to graduate from law school, with a focus on human rights. She said presenting at the conference felt like a coming of age.

“I was a participant once, somebody who had services delivered to me. Now I have experience. I can take ownership of these services and can make a real difference.”

Ibby Deng is Abe’s younger brother and a passionate musician. “I was so young when I came here, I don’t remember anything about home,” he said. “For me, music is the key. It means everything. It can connect people. It can help you feel better.”

That certainly was the experience for Sarah Williams. She has been working with South Sudanese youth since 2008 and helped bring the workshop together at the conference.

“[Art and music] bring the voice of diaspora youth directly to people, where perhaps it had not been a main feature. It [can] strengthen that voice and strengthen skills,” she said.

She added their programs — which range from drumming workshops to youth festivals and film screenings — act as a bridge for the South Sudanese, connecting them each other, to the broader Australian community and to their former homeland.

Words and pictures by Lara McKinley