The Story of Sandra Chestnutt is Opening a New Chapter Posted February 12, 2018 by Diaspora

Sandra Chestnutt, our beloved and irreplaceable Community Engagement Coordinator, leads a rich and admirable life. She has worked in some of the toughest countries in the world and has emerged all the stronger for it and with her humanity firmly intact, ready to use her skills and knowledge at countless institutions, including Diaspora Action Australia (DAA). Now her time with us comes to an end as she starts a new exciting chapter in her life: her welldeserved retirement. 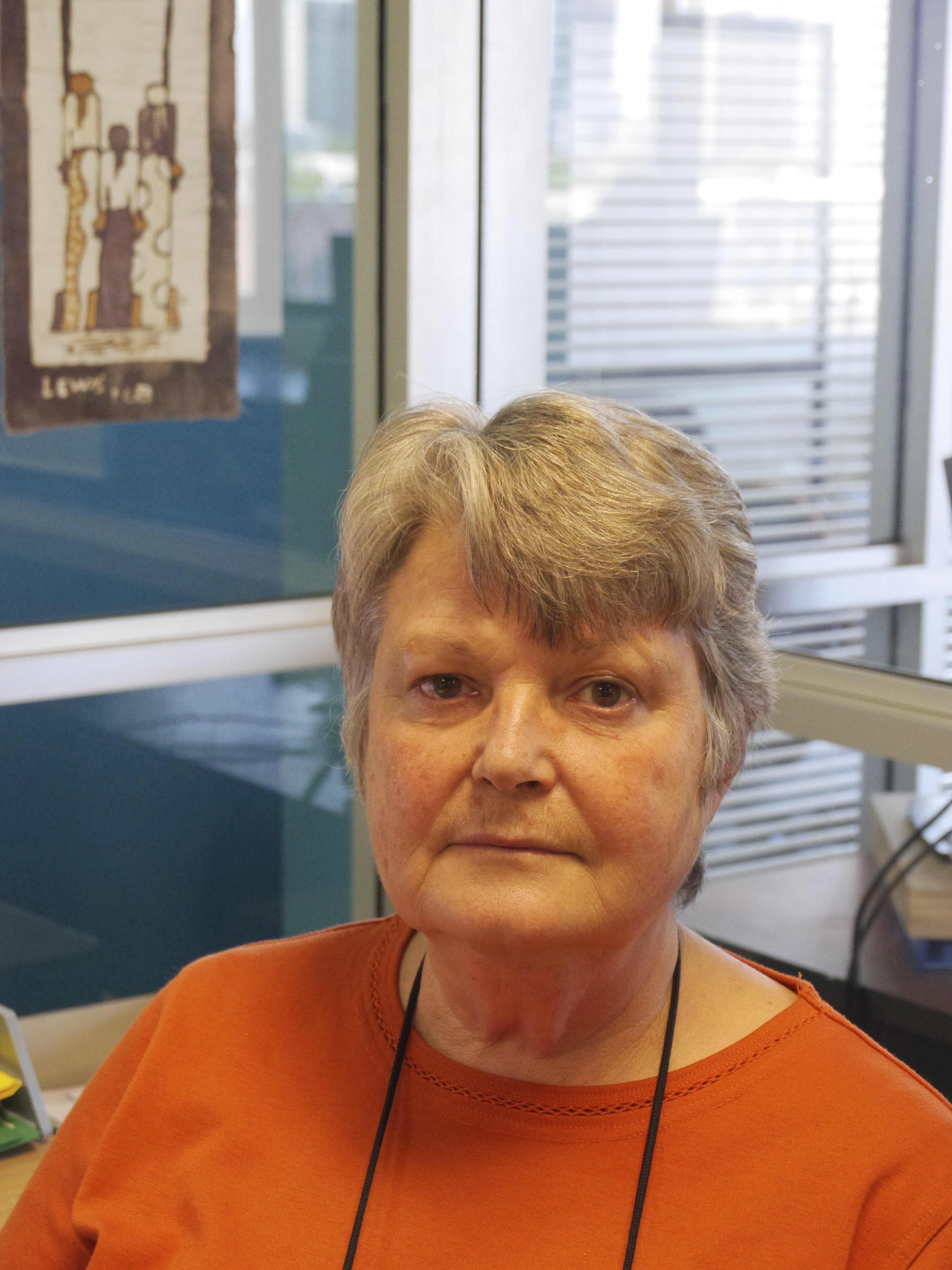 But let’s start at the beginning. Sandra’s overseas engagements have led her to places all over the globe like South Darfur (Sudan), Timor-Leste, Papua New Guinea, Liberia, Indonesia, Cambodia or the Solomon Islands. She has supervised elections in Timor-Leste and Liberia. She has worked with women and children in Papua New Guinea. And her most recent experience overseas has been in South Darfur, where she managed multimillion-dollar health and nutrition projects.

“I’ve always wanted to do this,” Sandra notes. “When I was a little girl, my great aunt suffered from a series of massive strokes. I wanted to become a doctor so I could find a cure for her. Then I decided that I would join the Peace Corps. Many years later, I was accepted for an overseas assignment by the Overseas Service Bureau [now Australian Volunteers International] as an Australian volunteer. I had brought up my kids on my own, so at that point I gave them the house and went off to Indonesia. I’ve never looked back.”

When asking why her globetrotting has led her down such a challenging path, Sandra immediately replies: “Because I can do this. This is what I was meant to do with my life. Living in these countries was not an adrenaline rush; it was hard work. When I was living in Darfur, I lived behind high walls and razor wire. I got chauffeured from my workplace to the office and to the airport. That was the extent of my movement for two and half years! I learned that I made the list for the top five people in South Darfur most likely to be kidnapped. Luckily, the people sent to do the job waited for me at the wrong gate!”

For Sandra, joy comes from helping people to help others and, ultimately, to help themselves. It’s this devotion that has garnered her several international awards, including the United Nations Elie Wiesel Ethics Award (2002) and two awards given by the Australian government in 2000 and 2001.

Sandra also worked as the project coordinator for the Merlin Medical Relief in South Darfur. She had taken charge of a difficult multi-million-dollar project, which was tasked to deliver health and nutrition programs to more than 360,000 people. “I’m miserable at languages,” she observes ruefully, “but I’m very good at reading people. I can quickly ascertain their strengths and work on enhancing them.” Liaising with senior staff, Sandra gave them the confidence and abilities they needed to do their jobs effectively. “My aim is always to give people the skills they need to run the project themselves—and this way making myself redundant!” she exclaims. “We were the only ones under the Merlin umbrella in Sudan that not only met all our goals, but excelled. This had never happened before.”

Not surprisingly, Sandra knew DAA’s work well even before her assignment because of mutual projects with the Darfur Australian Network, where she had been president and chair. “I was familiar with DAA; I believed in the work they did, so when I saw that there was an open position, I knew it was the job for me.” Sandra’s work, effort and influence at DAA have been greatly appreciated. We hope that we can continue her legacy, though her shoes will be hard to fill. Everyone who knows Sandra, knows that she won’t be idle. There are so many projects she’s working on in her local community and, furthermore, she’ll be writing a series of books: “My purpose is to take my reader on a journey but it will not be classically autobiographical. These books will cover the different aspects which have shaped my life; it will delve into the forces, actions and events that shaped a scared insecure country girl and grew her up into a well rounded powerful woman who fulfilled all her dreams and much more.”
We wish you all the best Sandra and you’ll be greatly missed here at DAA