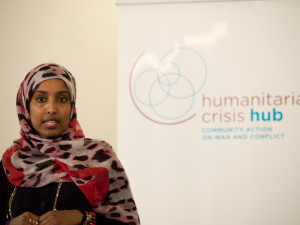 The network was launched after the Humanitarian Crisis Hub (now Diaspora Action Australia) hosted an event in Melbourne at the end of 2012, where a group of women community leaders spoke about activism, human rights, peace building and diaspora-led development projects in their countries of origin. Participants requested that it become a regular event. A similar event held in Sydney in September 2013 also resulted in the formation of a network.